A walk on Winterfold

A few days ago was the anniversary of my father’s death. I mention this only as it provides a sort of emotional backdrop to my walk in the woods after visiting the family.

The scenic route home takes me up and over a lovely part of the Surrey Hills. The tops of the hills lie at about six hundred feet, high enough and cold enough for the snow flurry earlier in the day to still coat the trees and lie on the ground by late afternoon.

Snow transforms the woods here, which are beautiful through all the seasons anyway. There was a deep silence and peace on Winterfold, which made the experience of walking the woods with my camera even more satisfying and contemplative.

I left the tripod in the car and just shot hand-held. I was never able to get much depth of field, but then the slight mist and snow flurries made a mockery of this concern; you couldn’t see all that far anyway.

One thing I have decided – pine forests really are very boring (Winterfold is a mix of managed pine forest and native deciduous woods). All those strict verticals, almost unbroken by any branches. The oak and beech woods, on the other hand, are a treat for the eyes. A lovely tangle of criss-crossing branches, pricking the interest of the visual centres of the brain and making the cortex fire away in happy activity.

Do you think the lack of visual stimulation from pine forests could be responsible for national character traits? And likewise deciduous woodland? Perhaps it’s not so far-fetched. I feel the same way about very flat places too (not enough visual stimulation for the brain, leading to a lack of creativity), although Constable and the Dutch Masters have rather unsportingly contradicted this theory.

Well, perhaps that’s enough pondering for the moment. Too much walking through the woods in the snow can lead your thoughts to go down all sorts of paths, so perhaps it’s simpler just to take photographs. Enjoy the pictures. 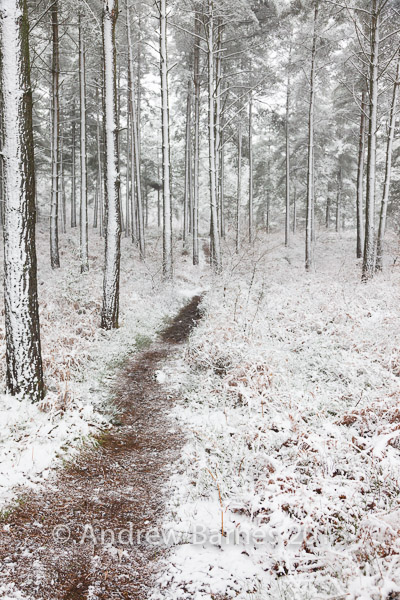 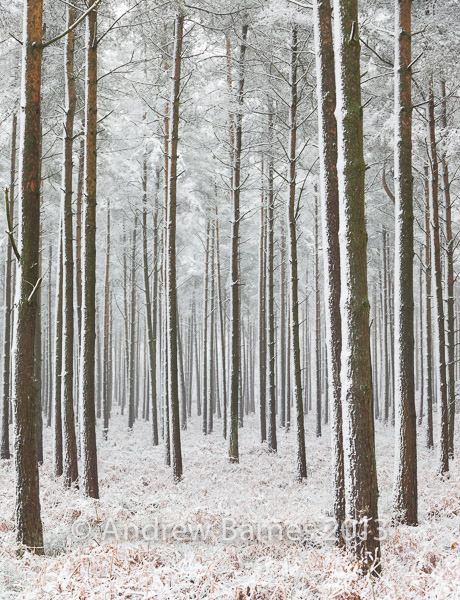 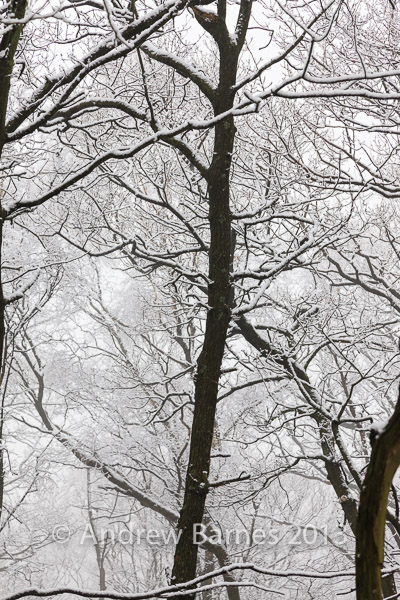