A misty dawn by the river in Putney 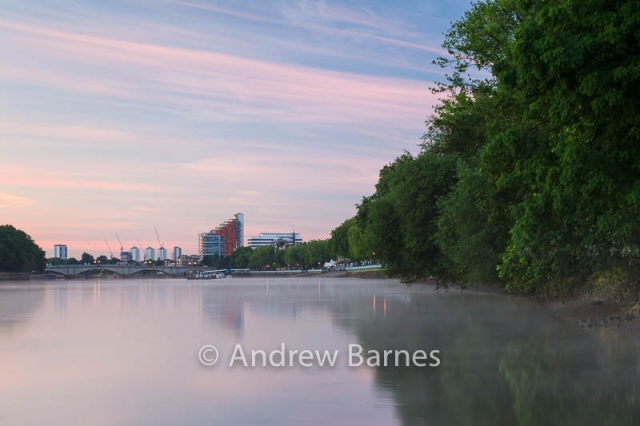 The Thames at Putney, just before dawn

I spent a couple of (very) early mornings down by the river last week, watching the sun come up over a scene of remarkable peace, given that I was just a few miles from the very heart of London.

I found a spot by the river upstream of Putney and set up about half an hour before dawn. The higher clouds were already tinged with pink, and I knew that I was just in time for a great sunrise. The air temperature had dropped sufficiently overnight for a light mist to hover over the Thames, which added to the sense of peace. Ducks and ducklings paddled by, and a swan glided through the mist. What a shame that it is so hard to capture mist in a photograph; the final image never quite does justice to it, and with long exposures the swirling tendrils of the mist are just rendered as a blur. 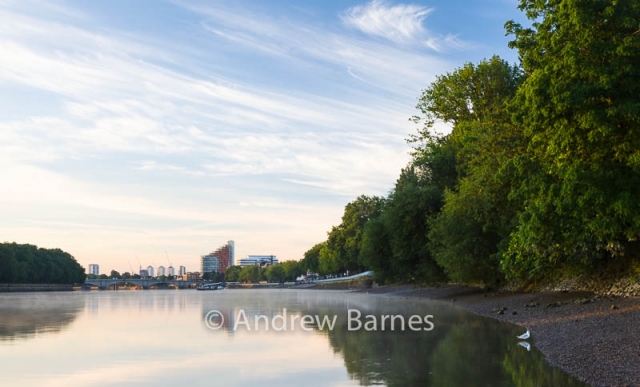 The sky was a rapidly-changing palette of brilliant pinks now, and a I fired off a few shots while the lights on Bazalgette’s Putney Bridge were still on. Finally the lights went off, the sun rose and brilliant sunshine struck the top of Putney Wharf. In a little while the embankment and trees lining the river were bathed in early morning sun, giving me another of the shots that I had wanted to take for so long. Job done, and time for breakfast. 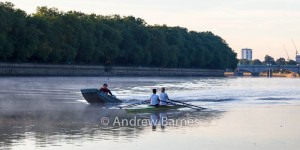 By 5:45am the first scullers were passing me by on the river. What a beautiful time to be on the river, I thought, but they are mad to be up so early.

Not nearly as mad as photographers though.